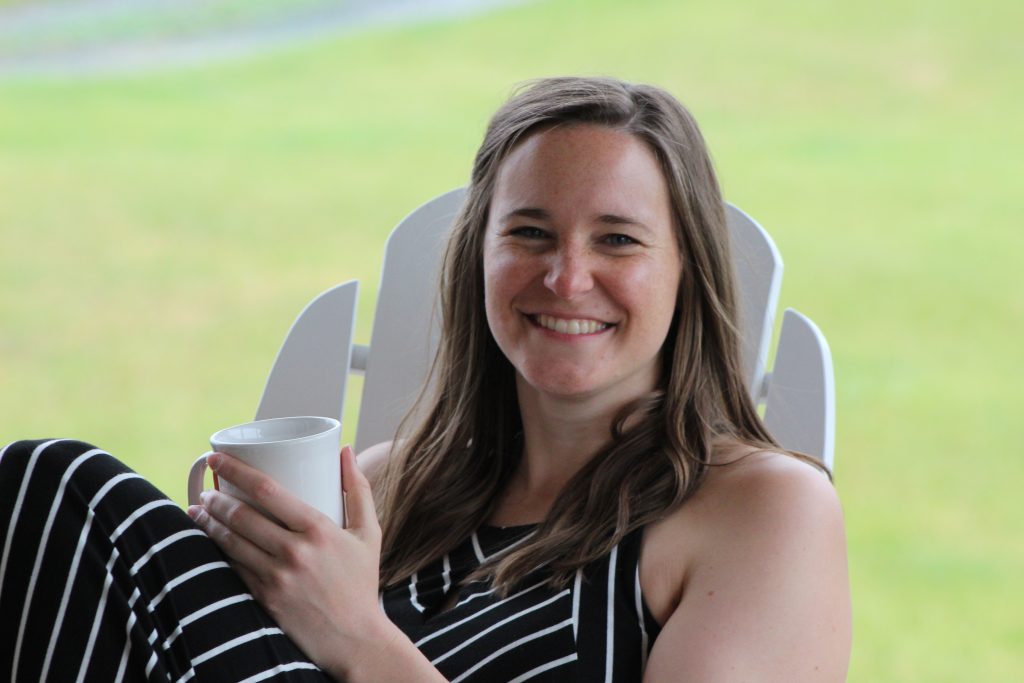 There are some common facial expressions you may see when you tell someone you are a musician. Those new to music – buckle up. Seasoned musicians – I hope you have a good laugh.

10 year ago, I transferred from Montana Tech’s environmental engineering program to the University of Montana’s music department. I gave up a full-ride in scholarships and a 4.0 gpa to follow my heart. In this past decade I’ve encountered a gamut (music history reference intended) of reactions ranging from, “Wow that is amazing!” to “Is this because you weren’t smart enough to go into the sciences?!”

Sometimes it’s a look of shock and confusion. Other times there is a visible internal ‘whaaaaat’ followed by a ‘huh’. While my friends and acquaintances occasionally have the look from time to time, it’s especially common with older working-class adults (i.e. your friend’s parents). More serious individuals are known to display my favorite expression, which is a wide-eyed look of horror followed by an inaudible sigh of relief and the visible internal monologue of, ‘at least my kids didn’t take that route.”

The visible panics are usually accompanied by a facet of questions that are definitely unwanted and often seem to be involuntarily expressed by the person. Before they can filter themselves, you might hear some combination of:

“But how will you pay for that? How will you earn a living? Will student loans cover that? Can you pay your loans back? What is your plan? Will you be sponging off your family and friends?”

Some version of, “so you’re going to teach 5th grade band?”

These questions and their subsequent comments used to gut me. I’d be lying if I never sobbed after hearing some of these self-righteous rants about how badly I was screwing my life up because I wanted to do music. (oh I should’ve stuck with engineering! oh the horror!) I tend to laugh at them now. But it’s come with age, personal development and a little observational understanding.

{What you clicked for}

Now for the fun part. These are 4 of the most common comments from various a**holes in my life. I’ve included my interpretations of them that help me shrug them off and have a good laugh (instead of the alternative method of sobbing in the bathroom at your friend’s graduation because their parent’s friends are jerks.)

This type of comment is less about you and more about the person’s own fear from lack of knowledge. Likely these comments are coming from someone who knows very little about music, what it means to you, or how to make money with a musical career. (The ‘want’ ads aren’t exactly screaming with music jobs.) All they see is a missing 401k plan, no steady income, and a lack of financial resources.

Hands down this is the top question I receive. Most people genuinely have no idea how musical careers work or how to make money from doing something you love. Even for me, this used to be a bit of a mystery as to how successful musicians spend their days and how they make money. I’ve since learned that whether its free-lancing, gigs, or a paid position, musical careers are as diverse as the individual at the helm. And unless its a question from your parents (who are helping you make rent) it’s frankly no body’s freaking business on how you earn a paycheck.

I have two pieces of advice for handling these types of comments. You can either make peace with them and shrug them off or take them as an opportunity to educate the person you are talking to. I have a friend that is powerful when it comes to shutting down rude comments and I’m channeling her to give a little advice. Answer the top questions with, “Let me take a moment to educate you on the career paths and financial options available to musicians who study academically and/or are self-taught.”

Them: “Yeah but you’re in music, so it doesn’t really count.”

One of the largest fallacies that’s been thrown at me over and over and over is the idea that music isn’t a real discipline. “There is nothing hard about it, you just show up and sing.”  In the eyes of some people, it’s not a noble or difficult path like business or healthcare. “Music is more of a frilly pursuit of fancy sounds by people that aren’t smart enough to be in healthcare. And it certainly won’t pay the bills.” (Ok, maybe that one is a little exaggerated, but I’ve heard many forms of it over the years.)

The way to get past this one is to let people believe what they want to believe. In a world where STEM careers are pushed down everyone’s throats, there is going to be a part of the population that doesn’t believe in what you are doing. It doesn’t matter. At the end of the day you have to live with your dreams and your regrets, and they have to live with theirs.

I can’t tell you how many times I’ve been told that what I was doing was a hobby, ensured that I wasn’t smart enough to do anything else,  was a waste of my time, or how that person once learned a couple chords on the guitar but that didn’t mean they were entitled to pursue a music career, so neither was I.

3.)  “I wouldn’t even know what to do with that. Huh. That’s why I went into something respectable like business”

I was 19 when I figured out I didn’t to be an engineer. I didn’t know what type of musician I wanted to be but that didn’t stop me from learning as much as I could about music and diving headfirst into a music degree.

Likely you are in the same boat – undergrad, post grad, or maybe you’re successful without academic pursuits (hats off to you!!). You made the choice to pursue your dreams and follow your heart. Lots of people don’t do that and shy away from it. And you’ll find that they are pretty passive aggressive about it later on in life.

You will encounter many of these people and when you do, ignore their mean comments. Or you can channel your inner sass and challenge them with a ‘What was your biggest dream? Why didn’t you follow that?’ It will likely stop them in their tracks and/or end the conversation (which in some cases is even better.)

4.) “If you’re a singer then sing something for me. A real singer would.”

Perhaps you like this one and enjoy performing on the spot. But if you are anything like me, then it just pisses you off.

I’ve never heard any other profession be put on the spot to prove their worth. And I find it demeaning that musicians and artists are asked to do this pretty regularly. Could you imagine if someone spoke this way to an MD or a PA? “Oh, if you’re a surgeon, why don’t you perform surgery? A real surgeon could do it anywhere.” “Oh you’re an accountant? Balance my checkbook, a**hole.”

I think this comment falls into two categories. Either (A) people want to challenge your profession and self-worth to win some game they are playing or (B) people genuinely just want to hear some good music (I’ve seen it go both ways.) If its friendly and you want to perform – go for it! If it’s friendly and you don’t, politely decline. If it’s hostile and you want to educate that person on how ridiculous it is – ask what their profession is and demand they perform it in front of you.

There it is! My 4 least favorite comments to receive from people about my career.

I would like to point out that in addition to these negative comments, I’ve also received overwhelming support from friends, family and even complete strangers – I hope you have too.

You can either let these snark judgements crush you or you can rise above it by having a deeper look at what is being said.

You don’t need getting your degree or starting your music career to be any harder than it already is. Keep going.

(And tell the haters to back off!)

As a musician, I often spend time focusing on all the areas that I can improve. Harmony, counterpoint, singing, writing, listening… the list could go on all day long. It’s easy for me to overthink it and start bashing myself for all the things I’m not doing. Sound familiar? If… END_OF_DOCUMENT_TOKEN_TO_BE_REPLACED

I still carry this giddy, larger than life hope that one day I’ll be “discovered” as a music composer. That someone will find my old works in a trash can and think “these are brilliant! We must find the person who made these”. They’ll find me at my day job… END_OF_DOCUMENT_TOKEN_TO_BE_REPLACED

I was 28 years old when I learned that belief is a muscle. And that up until then my belief in myself was a very weak one. Who else grew up in western America? Where music is a hobby and not a career? Where hard work is valued only if… END_OF_DOCUMENT_TOKEN_TO_BE_REPLACED

Raise your hand if you feel like you’ve been f***ing up your career as an artist. Maybe it’s on occasion, maybe it’s constantly (like me), but something I’ve noticed across the board for us musicians and artists and creative types – we constantly feel like we’re not reaching our… END_OF_DOCUMENT_TOKEN_TO_BE_REPLACED

I was diagnosed with covid in November of 2020 and my life has never been the same since. I was 28 at the time of my diagnosis, physically fit and otherwise a very healthy individual. An avid fitness junkie, I cycled through Beachbody programs and was working out an average… END_OF_DOCUMENT_TOKEN_TO_BE_REPLACED

I got COVID-19 in November of 2020, when it peaked in Montana. On November 19th, life was normal. I went to work, completed a grueling 1 hour workout, drank a protein shake and felt fine. November 20th, I could hardly function I was so achy, and by 9am I left… END_OF_DOCUMENT_TOKEN_TO_BE_REPLACED

Never be afraid to write a bad piece. I was 19 when I heard these words, spoken by my freshman composition professor, Charles Nichols. I was in the early stages of learning composition – feeling completely overwhelmed by collegiate academic composition, while barely grasping theory and harmony myself. I remember… END_OF_DOCUMENT_TOKEN_TO_BE_REPLACED

“We are all born as creators.” I read about this concept in Liz Gilbert’s, Big Magic – and it’s been churning in my brain since. For most of my life, I believed without question in the magic of this idea. That my artist endeavors as a child were the perfect… END_OF_DOCUMENT_TOKEN_TO_BE_REPLACED

Impostor syndrome is the idea that you feel like you are not who everyone else thinks you are. You feel like a fraud or ‘impostor’ and grossly unqualified for the role you are playing at work or in some other creative endeavor. For me, a music composer, it shows up… END_OF_DOCUMENT_TOKEN_TO_BE_REPLACED