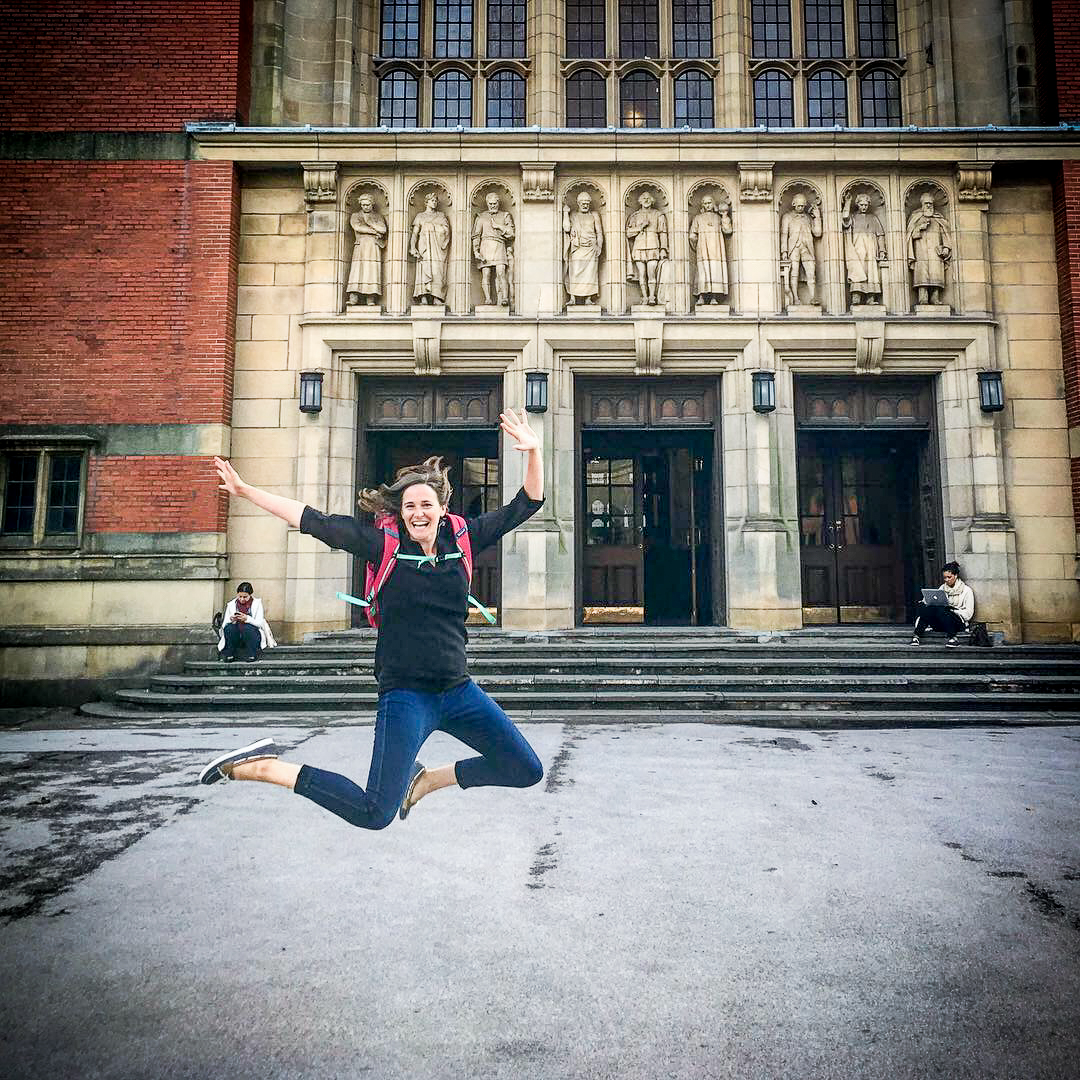 I graduated from Twin Bridges High School in rural Montana.

Never heard of it? Neither have half the people in my state.

Twin Bridges is nestled in the Ruby Valley roughly 40-50 miles south of one of the greatest universities in the world for engineering, Montana Tech. (Or Montana Technological University as it is now known.)

Why is this relevant? When I was in high school, a lot of reps visited from Montana Tech and other STEM programs throughout the state. Conversely, a music representative for university never visited our school. “’Cuz you can’t make a career out of music. Not like you can in the sciences.”

It comes complete with a stable paycheck and a side of the opportunity to buy happiness. “This is the right choice. You’ll be set for life.”

As a scared 18-year-old, I bought into it. “Music is just a hobby. Music won’t pay the bills. Artists starve. Engineers make money. Engineers have real impact on the world.”

I loved music. I did band every year in high school. I was part of a group of students that convinced our music teacher to make an “applied music” class for us so we could study guitar (shoutouts to Craig Ballou and Doug Stonebreaker). My senior year I quit basketball so I could form a rock band with my friends. Every year I practiced hours after school ended for solo and ensemble festival with the hopes of making it to the state competition.

Despite the deep and profound joy I felt when I played music, I enrolled at MT Tech. I was pretty good math and science and was a model candidate for engineering. Not only were all my teachers proud of me, the scholarships I received for my grades welcomed me with open arms.

I was also afraid of pursuing music. It was vilified by the strong STEM roots in my community. The only educator who encouraged me to follow music was my band teacher, but 1 voice against 10 wasn’t enough to convince me otherwise. In addition, I was afraid I wouldn’t be accepted by the egos I had encountered over the years at the solo and ensemble festival. I was a one of those “rural kids with no training.” Collegiate music really “wasn’t for me.” “Have you even had private lessons before??” (Spoiler alert, I hadn’t)

I began classes at Montana Tech in the fall of 2010. And like any good nerd with scholarships riding on maintaining a high GPA – I studied my ass off. You want A’s in engineering coursework? It requires hours and hours of study for each class.

I studied so hard I shut music out of my life – I no longer had time for it. I had calculus and physics and cell biology and chemistry to take care of.

That first semester I aced my classes and earned a 4.0 GPA. My teachers praised my work. And when I told people how school was going – I received praise and congratulations for all of the hard work I did.

As one can imagine, my mental health began to breakdown that first semester and completely deteriorated shortly into the second semester.

There was a solid month that whenever I heard music, I’d start sobbing. You read that right. I would sob.

It felt like I ripped my heart out and replaced it with the prospect of money.

The prospect of money.

“Get out of engineering”

I couldn’t tell you what it was exactly that lead me to transfer. It was more like a few dozen influences that seemed to line up as one GIANT sign for me.

You know those feelings in your gut that you try to ignore? The ones pulling you in the direction of your heart and away from the clarity of logic?

I was having them daily. In the form of panic attacks. My heart started screaming so loudly that I felt had to listen.

“Get out of engineering.”

In my spare time I started researching and dreaming of other degrees I could get. Other paths I could take – literally anything to get out of engineering. I explored pharmacy, cooking, music, art, media arts, etc.

I started playing music again. Singing to the radio, talking about it with my friends and family. Entertaining the idea of leaving Tech to go do something else.

After months of asking what I wanted to do – I decided no matter what I did it had to resonate with me. So I tuned into what my gut was feeling.

And my gut lead me to music composition.

I had never written music before – I only knew that the mere idea of it excited and scared me like nothing else I looked at.

I was lucky enough to have a tuition scholarship that could transfer to any public Montana university. So that meant I could transfer to the University of Montana and enroll in their music program. I just had to be accepted first.

My brain started looking for reasons to say no the moment my heart said, “we’re doing this.”

I feared silly things like the $35 application fee for the U of M (I’m a student, can I really afford that?), missing a day of physics to go to transfer orientation (a class I had an A in and didn’t need for music), moving into the dorms for the first time (I lived with my sister while attending Tech, so maybe that fear was valid), etc.

Despite the overwhelming mountain of fear, my mom convinced me to apply. I was accepted into the music program – all I had to do was pick an instrument to study and audition for placement.

2 days before I moved to Missoula and had to show up for my placement audition for voice – I got the stomach flu. I was so panicked I’m like 100% convinced I made myself sick.  And I tried to see it as an omen. “I’m throwing up while packing my car. What if I throw up in the audition?”

The resistance and negativity were endless. And while most of it was from my own brain, there was some crappy comments from the adults in my life.

“You are throwing away your life for music.

“What bridge are you going to live under?”

“Think of the scholarships you are giving up. Think of the money you could earn if you stayed at Tech. “

“I don’t know why you need a music degree, we have a Pep band at Tech.”

“You are going to get eaten alive in collegiate music. You are from a rural town with no serious musical training.”

“You aren’t prepared for this. You will never make it past the first semester.”

The pep band comment is still one of my favorites. I laugh about it any time I remember it.

Despite all of this, I continued to listen to my gut. And made it through my first semester. And my second.

And my bachelors degree.

(All admitted painful in their own right.)

And while I am not currently a paid musician, I have a steady job and am not living under a bridge.

Almost every day I think about the decision I made to leave. Never once have I regretted it.

Once more for the people in the back: NEVER ONCE HAVE I REGRETTED IT.

Music has given me so many amazing lessons about life that I know I never would’ve learned in the sciences. I have felt such deep profound joy in singing and writing music that I can’t imagine my life any other way.

This isn’t to say it was easy. But those hurdles are for another post.

I firmly believe it is never too late to follow what you love. That time is going to pass anyways – do you want to be miserable and hiding in fear as it does?

Ask yourself over and over what makes you happy. Listen deeply and intently to what your emotions and gut are telling you. If it brings you joy, scares the hell out of you, but you still feel pulled to it – it’s probably your dream.

And you will not regret following it.

For me, the idea of letting that time pass because I was too afraid is/was the more unbearable of the two options.

Which is why I am so damn happy I left engineering for music.

Who do you need to be in order to make your dreams happen?  I journal on this question a lot. When we ask ourselves, “how?!”, our brain tends to freak out. Mine does for sure. It zeroes in on every little detail I’m going to get wrong. Then I start… END_OF_DOCUMENT_TOKEN_TO_BE_REPLACED

As a musician, I often spend time focusing on all the areas that I can improve. Harmony, counterpoint, singing, writing, listening… the list could go on all day long. It’s easy for me to overthink it and start bashing myself for all the things I’m not doing. Sound familiar? If… END_OF_DOCUMENT_TOKEN_TO_BE_REPLACED

I still carry this giddy, larger than life hope that one day I’ll be “discovered” as a music composer. That someone will find my old works in a trash can and think “these are brilliant! We must find the person who made these”. They’ll find me at my day job… END_OF_DOCUMENT_TOKEN_TO_BE_REPLACED

I was 28 years old when I learned that belief is a muscle. And that up until then my belief in myself was a very weak one. Who else grew up in western America? Where music is a hobby and not a career? Where hard work is valued only if… END_OF_DOCUMENT_TOKEN_TO_BE_REPLACED

Raise your hand if you feel like you’ve been f***ing up your career as an artist. Maybe it’s on occasion, maybe it’s constantly (like me), but something I’ve noticed across the board for us musicians and artists and creative types – we constantly feel like we’re not reaching our… END_OF_DOCUMENT_TOKEN_TO_BE_REPLACED

I was diagnosed with covid in November of 2020 and my life has never been the same since. I was 28 at the time of my diagnosis, physically fit and otherwise a very healthy individual. An avid fitness junkie, I cycled through Beachbody programs and was working out an average… END_OF_DOCUMENT_TOKEN_TO_BE_REPLACED

I got COVID-19 in November of 2020, when it peaked in Montana. On November 19th, life was normal. I went to work, completed a grueling 1 hour workout, drank a protein shake and felt fine. November 20th, I could hardly function I was so achy, and by 9am I left… END_OF_DOCUMENT_TOKEN_TO_BE_REPLACED

Never be afraid to write a bad piece. I was 19 when I heard these words, spoken by my freshman composition professor, Charles Nichols. I was in the early stages of learning composition – feeling completely overwhelmed by collegiate academic composition, while barely grasping theory and harmony myself. I remember… END_OF_DOCUMENT_TOKEN_TO_BE_REPLACED

“We are all born as creators.” I read about this concept in Liz Gilbert’s, Big Magic – and it’s been churning in my brain since. For most of my life, I believed without question in the magic of this idea. That my artist endeavors as a child were the perfect… END_OF_DOCUMENT_TOKEN_TO_BE_REPLACED