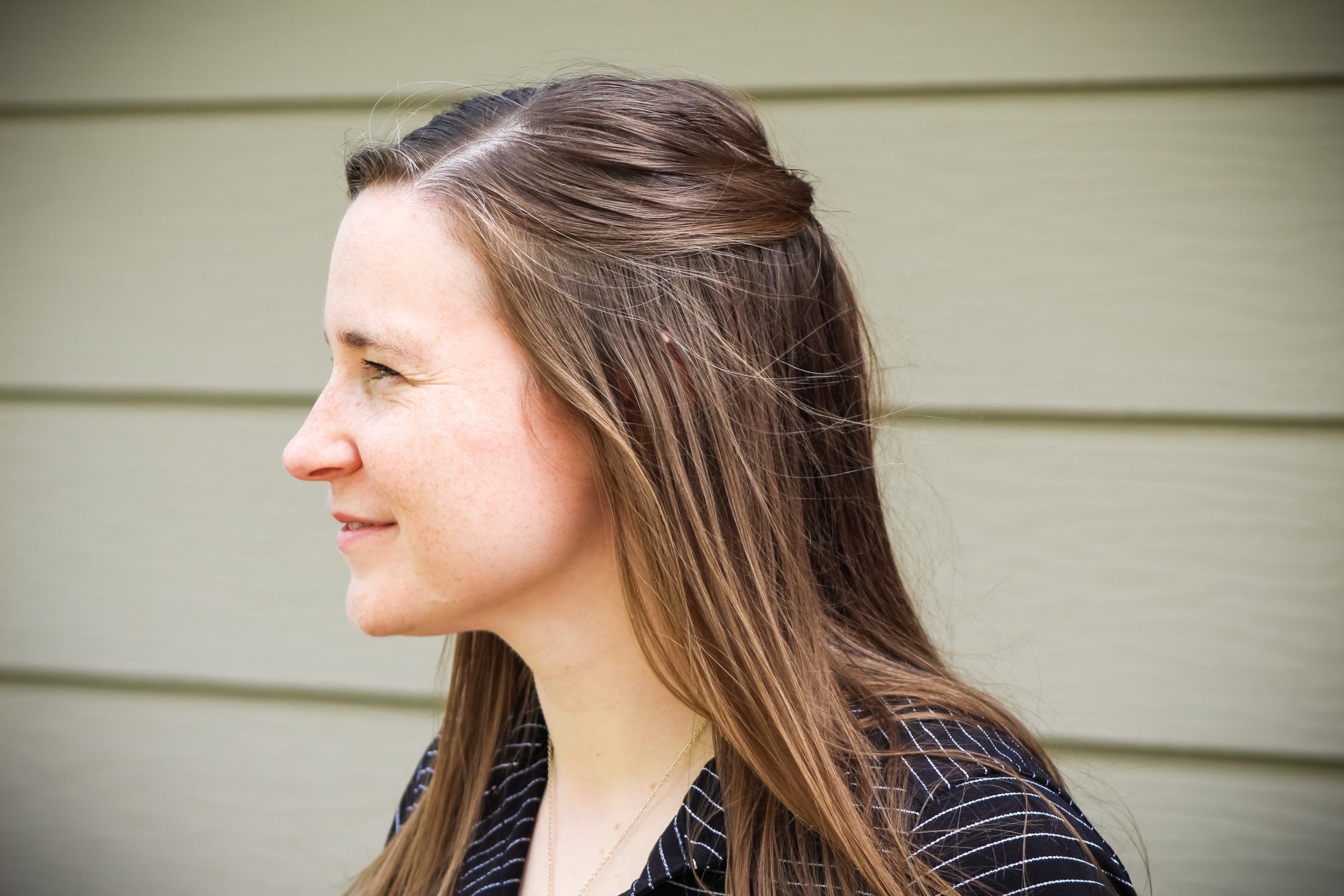 For being a music composer, I am actually a fairly accomplished singer.

I’m telling you this so that you know how far my passion took off after this devastating moment in my life.

So why share that I failed my first choir audition? I think it is vital to know that sometimes your education is in the hands of people that don’t have the compassion to see your potential and/or they don’t have your best interest at heart. A “no” from a person in power can be devastating. But one setback from one educator doesn’t have to be the final opinion of your pursuits.

The world is full of fantastic educators and a handful of not-so-fantastic ones. At some point in your career you are likely to come across those educators that are more interested in their own personal pursuits than they are in helping you grow as a musician.

It happens a lot more than you think – and when it does, it’s ok to keep your journey moving forward by never looking back.

I was 19 when I transferred to music from engineering at Montana Tech. I was poised to become an engineer and everything on paper looked fantastic for me. I had a 4.0 GPA, I was a dedicated student, but on the inside I was falling apart and I knew I had to make a change.

I was ill-equipped for the transfer to collegiate music. I took band and choir in high school, but I went to a Class C School in rural Montana (around 120 kids or less in your high school) and we were always stuck at a 7th grade band/9th grade choir level. Class C is challenging for the arts – its amazing to play alongside so many age-groups, but you can hit the ceiling pretty fast as far as growth is concerned.

But like most stubborn Taurus types, I was determined to learn. Even if it meant I had to start at square 1 while my colleagues were paces ahead of me.

I prepared whatever they had asked us to sing for the audition. I sat in the hallway, waited to be called in and nervously shied away from all of the other confident kids.

The audition started and I sang the piece – which honestly went fine. Then they handed me a page to sight-read.

“Without help?” I stammered.

I had never sight-sung before. I had no ear training and never even had the option in high school to learn. I had no idea what to do.

I gave it my best shot and I sang.

I could see it in their eyes…. a “thank you for coming” and I was out the door.

In that moment I knew I was toast. I went to the bathroom and sobbed. When the tears were dry, I walked out of the building and called my mom only to fight off another wave of tears in the parking lot.

A few days later I checked the audition sheets. It was perhaps the most humiliating 5 seconds of my life. I frantically searched the sheet but no, my name wasn’t on the list.

Here’s the fun part – at the U of M every musician has to be in an ensemble each semester for credit and I had to write humiliating emails to my voice teacher and composition advisor explaining that I failed the audition and needed help. “They didn’t let me (a music student) in University choir… what now?”

My voice teacher was super helpful and very understanding. He immediately recommended women’s choir with a woman named Alicia. I auditioned for her and she was so ecstatic! “Wow, what an amazing instrument you have! You have incredible range. I am really excited to get to work with you.” I told her that I struggled with sight-reading. “Don’t worry about it” she said, “I know you will improve.” Needless to say, I got in.

The thing that guts me is that I went to both auditions to join an ensemble so that I could learn. I was a student that was more than willing to put in the extra hours (and believe me, I did). To this day it still amazes me that I was rejected so fiercely by one educator and welcomed so gracefully by another.

If I could go back to that moment where I bombed the audition – I would burst through the door and say to the director that your job is to have faith in me as a student and work with me to get better. In my eyes, his ego failed him as an educator that day. He didn’t assess my situation and even worse, he didn’t care. I am thankful for those that did have faith in me, especially my own voice teacher. I never would have had the joy of singing in so many groups without it.

Who do you need to be in order to make your dreams happen?  I journal on this question a lot. When we ask ourselves, “how?!”, our brain tends to freak out. Mine does for sure. It zeroes in on every little detail I’m going to get wrong. Then I start… END_OF_DOCUMENT_TOKEN_TO_BE_REPLACED

As a musician, I often spend time focusing on all the areas that I can improve. Harmony, counterpoint, singing, writing, listening… the list could go on all day long. It’s easy for me to overthink it and start bashing myself for all the things I’m not doing. Sound familiar? If… END_OF_DOCUMENT_TOKEN_TO_BE_REPLACED

I still carry this giddy, larger than life hope that one day I’ll be “discovered” as a music composer. That someone will find my old works in a trash can and think “these are brilliant! We must find the person who made these”. They’ll find me at my day job… END_OF_DOCUMENT_TOKEN_TO_BE_REPLACED

I was 28 years old when I learned that belief is a muscle. And that up until then my belief in myself was a very weak one. Who else grew up in western America? Where music is a hobby and not a career? Where hard work is valued only if… END_OF_DOCUMENT_TOKEN_TO_BE_REPLACED

Raise your hand if you feel like you’ve been f***ing up your career as an artist. Maybe it’s on occasion, maybe it’s constantly (like me), but something I’ve noticed across the board for us musicians and artists and creative types – we constantly feel like we’re not reaching our… END_OF_DOCUMENT_TOKEN_TO_BE_REPLACED

I was diagnosed with covid in November of 2020 and my life has never been the same since. I was 28 at the time of my diagnosis, physically fit and otherwise a very healthy individual. An avid fitness junkie, I cycled through Beachbody programs and was working out an average… END_OF_DOCUMENT_TOKEN_TO_BE_REPLACED

I got COVID-19 in November of 2020, when it peaked in Montana. On November 19th, life was normal. I went to work, completed a grueling 1 hour workout, drank a protein shake and felt fine. November 20th, I could hardly function I was so achy, and by 9am I left… END_OF_DOCUMENT_TOKEN_TO_BE_REPLACED

Never be afraid to write a bad piece. I was 19 when I heard these words, spoken by my freshman composition professor, Charles Nichols. I was in the early stages of learning composition – feeling completely overwhelmed by collegiate academic composition, while barely grasping theory and harmony myself. I remember… END_OF_DOCUMENT_TOKEN_TO_BE_REPLACED

“We are all born as creators.” I read about this concept in Liz Gilbert’s, Big Magic – and it’s been churning in my brain since. For most of my life, I believed without question in the magic of this idea. That my artist endeavors as a child were the perfect… END_OF_DOCUMENT_TOKEN_TO_BE_REPLACED